Just over 30 years after the City of Earlham was originally platted, with the central business district growing, Cephas D. Bricker and Walter J. Price began construction on what would become known as the Bricker-Price Block. Though each half was owned separately, contractor J.E. Walton built the structure with a unified façade, matching cast-iron storefronts, and a shared central staircase. A skilled mason created the exterior Roman arches, elaborate cornice, and geometric designs. The brick itself was likely produced in nearby Redfield. The Bricker-Price Block is one of the oldest remaining examples of Romanesque Revival architecture in the commercial district. When it opened in 1900, the interior featured wood floors, plaster walls, and decorative pressed-tin ceilings.

Early on, the building housed general stores at the street level and offices on the second floor. C.D. Bricker’s business grew to include five general merchandise outlets, with Earlham as the flagship location. The W.F. Price & Co. operated for several decades, eventually closing in the 1930s. While the building is a meaningful part of the Bricker and Price family stories, its central location and unique construction also make it an important witness to Earlham’s rich history. 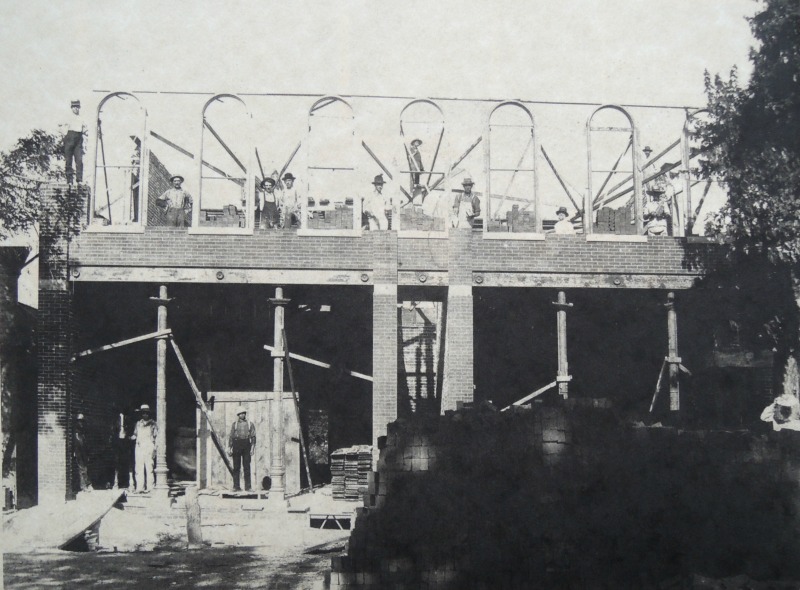 Evolution of a Landmark

A year after opening, business was thriving at the Bricker-Price Block when disaster struck Earlham’s central business district. A fire was discovered in the early morning hours of September 3, 1901, and it spread north from the railroad tracks, consuming the wood structures in its path. With the post office, a butcher shop, restaurant, and other retail outlets engulfed, the town’s hand-pump fire engine was overpowered until the flames reach the new Bricker-Price Block. The building’s brick-and-mortar construction, resistant to burning, slowed the fire enough for the townspeople to subdue it. Though heavily damaged, it survived. Later the Earlham town council credited the building with preventing further spread of the flames, and passed an ordinance requiring all future commercial buildings to use masonry construction. 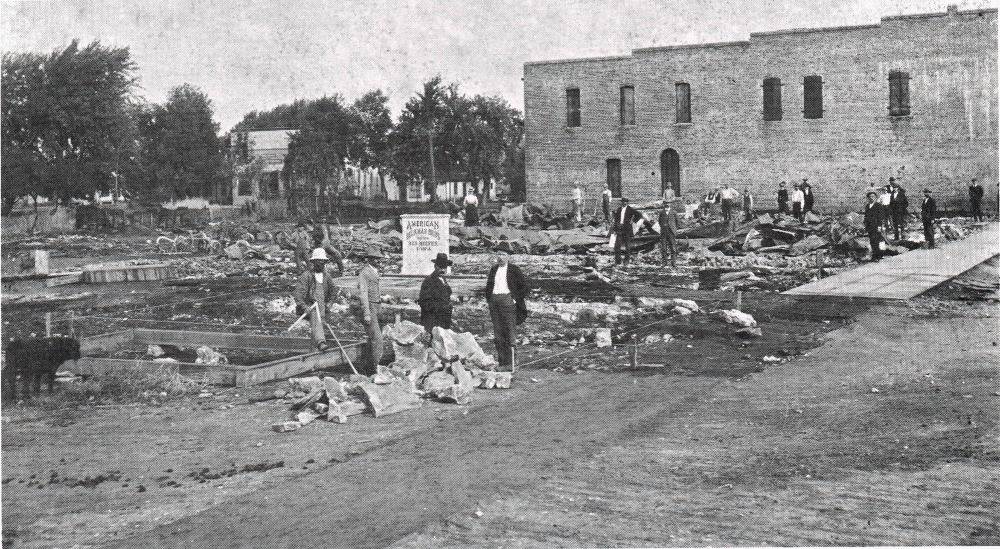 Over the next century, the Bricker-Price Block was home to many commercial endeavors. In 1902, the Hawkeye Telephone Company established an exchange in the Price building and strung miles of phone line throughout Madison County and beyond. The exchanged operated in the building until 1928, when it moved across the street. Through the years the building also served as professional office space, a grocery store and a drug store. For a time, it even functioned as a unique, downtown residence complete with a personal elevator. 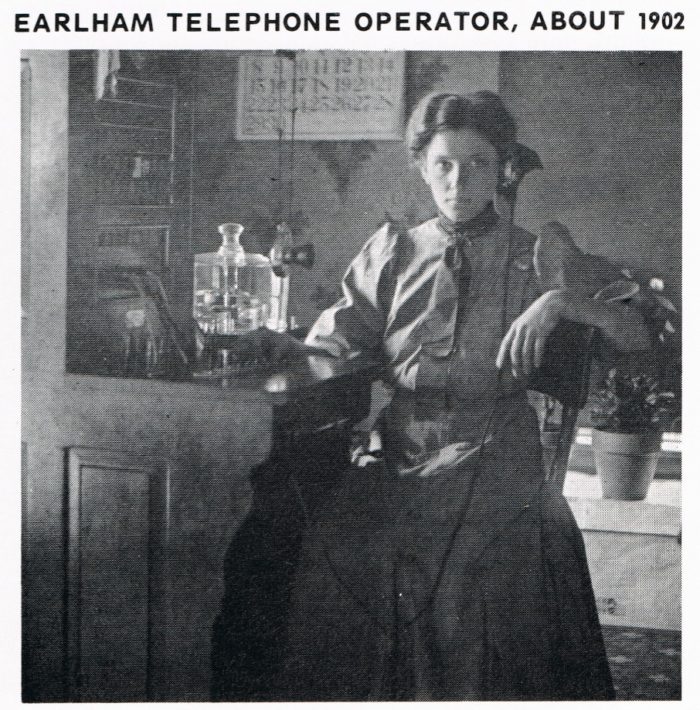 Unfortunately, in the spring of 2015 a strong storm lifted the roof and caused catastrophic water damage, leaving the building unoccupied and falling into disrepair. Slowly a grassroots movement began to change the conversation from what had been to what could be. Together the people of Earlham orchestrated a rehabilitation of the Bricker-Price Block. Through their efforts, it became listed in the National Register of Historic Places as a building worthy of preservation. In 2018, more than a century after its doors first opened, the Bricker-Price Block once again welcomed the community inside, this time as a social center reflecting the vibrant spirit of Earlham’s people. 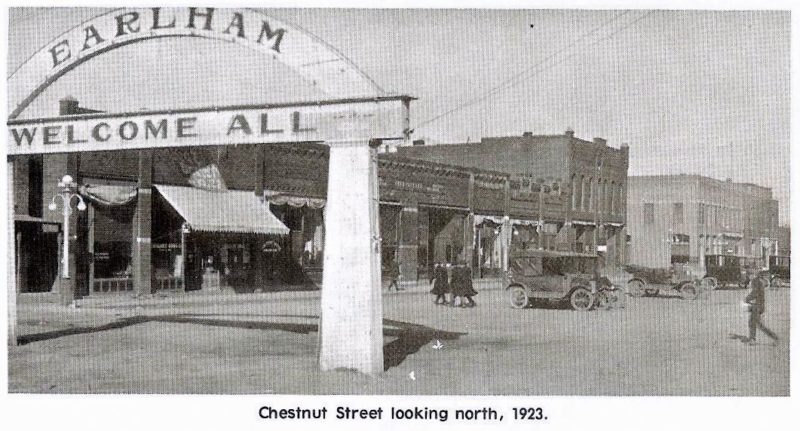